WOW!! What a turnout for a Dinner with the D’s!! 7 DeLoreans came to Sonic Drive-In in Anaheim tonight!

When we first get there, we parked in ‘normal’ parking spots, but as more DeLoreans trickled in, we grabbed the first 7 spots of the Drive-In, which made for some great photos! And not just for us… there were SEVERAL people who told us they were driving up Lemon and saw all the DeLoreans lined up under the lights of the Sonic drive-up stalls and had to pull in to check them out.

Along with Skip & Patty, Richard, Todd and Anthony, Don, David & Rebecca, Don, and Dave, we had a new addition to the group – Nick! Several “new” DeLorean owners, and a mix of long-time owners. We had some fun food and great conversation as always. The dinner seemed to be a great hit with OCDC members, as well as the Sonic staff, and lots of passers-by.

Without owners bringing their DeLoreans to these events, it just wouldn’t be the same – so a huge thank you to everyone who helped make it possible! We’re all looking forward to seeing you at future events. 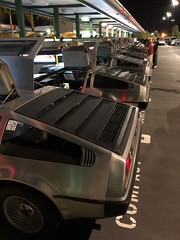 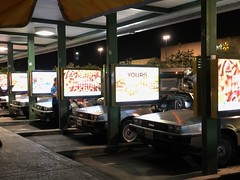 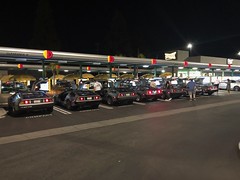 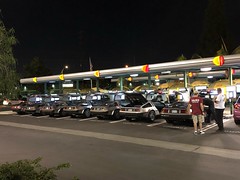 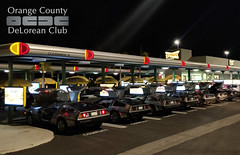